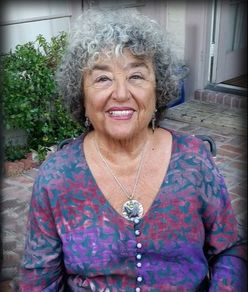 Novick today...photo by Jackie DuPuis.
At 85, Leah Novick is, by her reckoning, one of the oldest female rabbis in the country. It’s a part of her identity she carries with pride.

A driving force for more than four decades in the Renewal movement, the Carmel-based rabbi is an influential spiritual leader, Kabbalah teacher and champion for the “Divine Feminine” in Judaism who spent the first half of her career in politics, advocating for the same feminist and progressive values she would later incorporate into her Jewish teachings.

“She is just a real light,” said Rabbi Sara Leya Schley, Rabbi Emerita at Berkeley Renewal congregation Chochmat HaLev.  “She has done so much toward bringing consciousness of the divine feminine into Judaism.”

It was a long road Novick traveled from her Orthodox upbringing in Scranton, Pennsylvania, to her political activism and congressional advocacy as a young adult and, finally, at midlife, to Jewish Renewal and the rabbinate. 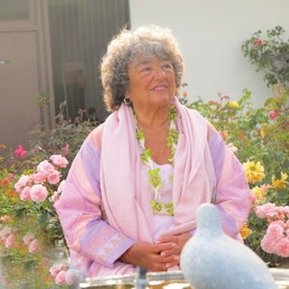 Novick at a “Kabbalah of Love” Workshop, Photo by Laura Lewis
Born Jan. 21, 1932, Novick remembers her grandfather tutoring her daily in Hebrew and Jewish subjects starting at age 3. When she was a teenager, her family moved to New York, where she attended both public high school and the Herzliah Hebrew Institute where she became  involved in early efforts to create the State of Israel.

She graduated from Brooklyn College and went on to get a master’s degree in public policy. When her three children were young, she worked as a social science researcher and was an energetic activist for civil rights, peace and other causes. In the late 1950s, while living in West Chester, Pennsylvania, she participated in sit-ins and lie-ins to integrate the community’s swimming pools; later, living in Westchester County, New York, she organized a successful Fair Housing group, and worked with major Jewish groups to encourage their participation in  the 1963 March on Washington. 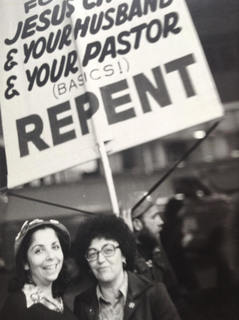 Novick with Alice Heyman, Founder of First Women's Bank, at 1977 National Women's Conference being boycotted by right wing protesters.
In 1977, she served as Coordinator of the" International Women’s Year Commission", a one-time congressional conference held during the Carter administration. “I was very defined by my work and, of course, my family,” Novick said.

But she was already on her way to a period of great transformation and change - her life’s second act. The spark was a 1975 visit to Big Sur, where Novick was awed by the natural landscape, which seemed imbued with a divine and, in her eyes, uniquely feminine presence. Although she’d always felt a strong connection to nature, the landscape brought her back to a spiritual openness and freedom she remembered feeling when she was young. 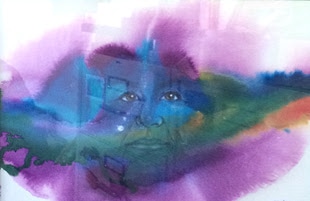 "Soul Portrait" by Sofania White
“As soon as I arrived, I felt a sense of connectedness. I saw feminine forms in the mountain and the ocean,” Novick said. “I think in some way there was that quality of being able to go to … the Garden of Eden. That there’s someplace that feels whole and feels safe and perfect, and where we understand that we are part of the divine, that there is no separation.”

California in the ’70s was at the vanguard of spiritual exploration, from a newfound fascination with Eastern religions to self-improvement training courses like EST, founded in San Francisco. The Esalen Institute in Big Sur already was a hub of New Age inquiry, offering workshops on Eastern religions, mindfulness and psychology.

Novick at a Women in Politics Event at Stanford University, 1977
Novick knew she had to be a part of it in some way. With her 27-year marriage ending and her youngest child in his teens, she told a friend, “I’m going to leave my work in the East and come to California.” “There was a point in my life where I needed to go inward, and I needed to respond to what was calling me internally,” Novick said. “I think our Christian colleagues have the right word: It’s a calling.”

In 1978, Novick was honored with a Guest Professorship at  Stanford University, sharing her political experience with students. On campus as an ambassador from the East Coast political world, Novick felt as if she’d arrived in Camelot. “My colleagues were riding to work on bicycles in shorts,” she said. 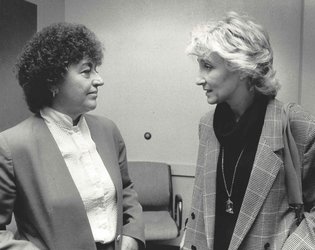 Novick With Professor Jean Lipman Blumen at "Religion, Politics & Women" Event in 1984 photo by George Adams
She spent only one term at Stanford but decided to stay in the area, periodically returning to the East Coast to drum up work assignments. While living in San Francisco, Novick wrote a book on the history of women at Democratic political conventions; in 1980 she moved across the Bay and spent much of the next decade teaching at U.C. Berkeley’s Graduate school of Public Policy.(She also served as Executive Director of the California Commision on the Status of Women during the first Brown administration)

She continued to take frequent trips to Big Sur and Esalen, where she delved into Gestalt psychology and  meditation, a practice she continues. At Esalen she was exposed to Hindu, Buddhist and Native American spiritual practices, laying the groundwork for an ecumenical approach to faith that became an essential part of her religious life. In Berkeley she encountered the Jewish spiritual Renewal Movement (now Aleph) and important academic teachers; including Professsor Daniel Matt a leading Kabbalah scholar and major translator of the Zohar. (Then at the Graduate Theological Union ,U/C.Berkeley) Her contact with Matt led her to her lifelong study of Zohar. 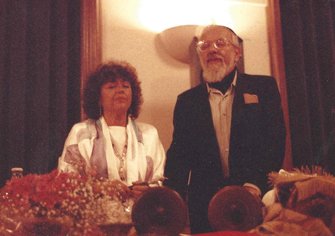 “I saw his cosmic mind,” Novick said, noting that Reb Zalman was an expert on everything from whirling dervishes to Roman Catholic Mass. “He had the most broadly ecumenical knowledge that I’ve ever encountered in anybody 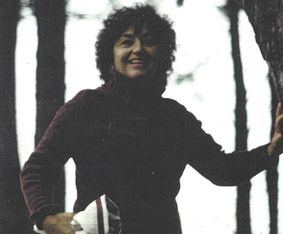 Novick after her ordination in 1987.
She developed an ongoing relationship with the former Lubavitch rabbi, who inspired the creation of Berkeley’s Aquarian Minyan and regularly visited the Bay Area. On those visits, Novick would often drive him to his various appointments. She used their time together to encourage him to ordain more women. “Ultimately, he turned to me and said, ‘What about you?’ ” Novick said.

Reb Zalman ordained Novick in 1987; she was 55. Her ordination through P'nai Or (now Aleph) followed seven years of study. but not centered at one Rabbinical School. Much of Novick’s ensuing research has focused on teaching and reclaiming the Shekhinah, the divine female energy variously understood in Jewish mysticism as God’s consort; as a presence representing God’s 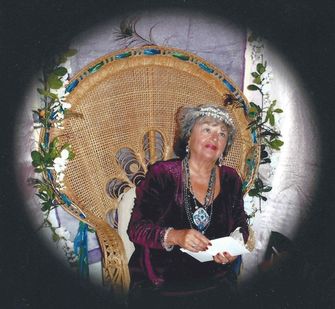 Celebrating her 80th birthday in 2012, photo by Steven Bergman
After her ordination, Novick founded the Berkeley Renewal group "Beit Shekhinah", which celebrated Shabbat and holidays together. It grew out of a women’s Rosh Hodesh group, used feminine and nongendered God language, and welcomed gay, lesbian and interfaith families. She did similar work after moving to the Monterey area, where in the 1990s she founded the Renewal group "Shabbos in Carmel".She was also a founder and past President of  Ruach Ha’Aretz, now a national Aleph retreat group established with Reb Zalman’s encouragement.

“She created a particular atmosphere that was particularly Leah Novick. It had the sense of a theater,” said Rabbi David Cooper of Kehilla Community Synagogue in Piedmont, who occasionally attended Beit Shekhinah. “It isn’t just an issue of saying the right words and singing the right songs and saying the right prayers, but creating an atmosphere of sacred holiness.” 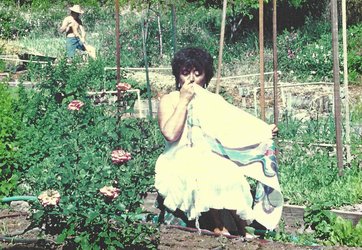 Novick in meditation in garden.
Novick still has plenty of projects underway. She is working towards a book about notable Jewish women throughout history, and is lobbying Jewish museums to start a collection of women’s tallitot, including many she owns. She also hopes to build a Jewish meditation garden in the shape of the Sephirot, or attributes of God, on the Kabbalistic tree of life. And she continues to conduct weddings and other lifecycle ceremonies and lead meditation and guided visualization workshops. She also serves as a resource to Kavanat ha Lev, the Monterey area renewal group.

Novick swims daily for exercise and walks on the Carmel beach. She’s preparing her papers to be archived at the University of Colorado, Boulder, where Reb Zalman’s archives are kept. In November of 2017 she will be honored in Boulder with a symposium and exhibit honoring her work. And much as her teacher,  turned his attention to what he called “spiritual eldering” in his final years, Novick has begun leading workshops about the end of life and conscious dying.