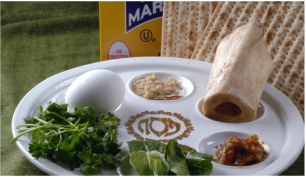 Malkele, the Rebbe of Trisk was the daughter of Rabbi Avrohom of Trisk; who was one of the eight sons of Rabbi Mordechai of Chernobyl. (son of Menachem Nachim,the first great rebbe of Chernobyl) Reb Mordechai, realizing that his domain could not sustain eight rebbes, is supposed to have sent each son to  a different location in the Ukraine to do their community work.* He kept his gifted daughter Hana Hava, a woman inspired by the Shekhinah, close to him in Chernobly where she gave advise and healings. While there are stories about Hana Havahs holiness, we are not told if she was married or single.

One wonders if Malkele learned from her aunt or from the male members of her family how to conduct herself as Rebbe. Afer her husband Efraim passed away, leaving her with two sons to support, she began conducting public meals (serving the poor twice a day) and giving advise and blessings to Trisk chasidim. While Chasidic histories mention her brothers as inheriting the court, it is clear that she too had followers. What is not clear is whether she conducted prayer services or left that to male members of her community.

Stories about her say that she loved music and attracted wonderful musicians to her court, especially for holidays when she had a choir as well. Her favorite song was “v chol maaminim” (from the liturgy for Yom Kippur)Passover was rumored to be one of her favorite holidays, and the time when she sported a solid gold crown inlaid with precious jewels.

Malkeles father was rumored to enjoy luxuries and to have been a free spender; which might explain the gold crown, that she is supposed to have received as a gift from him. (This also fits with a story about her brother and his ownership of a gold menorah that was confiscated by the Soviets)

She would emerge for the Seder, escorted by her sons, wearing the gold crown to her sumptuos Passover seders, which featured the most talented musicians and included waiters at the tables.

Most outstanding though was a special door for Elijah she had built, which was opened only once a year. And after inviting the prophet in, she is said to have drunk the cup of Elijah herself !

Although we have no birthdate or yahrzeit for this unusal woman, her association with the Passover seder is a natural and her minhag of drinking Elijah’s cup (still schocking even to modern Jews) is a custom suited to contemporaty thinking that each of carries some of the prophetic and messianic energy.
Proudly powered by Weebly
Non Profit Foundation I.D # 77-0427003