Our current project for the Spirit Of The Earth Foundation Is The "Tallit" Project. 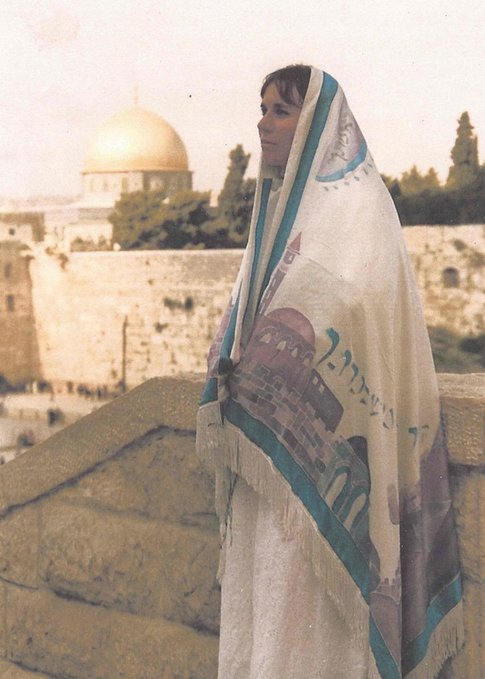 Contemporary American Jewish women have transformed the colors and designs of Tallitot. While the ultra-orthodox establishment in Israel continues to  resist the prospect of women davening in prayer shawls  (known to have been the practice of  Rashi’s daughters in the 12th century) the U.S. as well as Canada and the U.K reflect the egalitarian values and the creativity of the twentieth century.

Most Judaica shops (including the Israeli designers ) now feature tallitot for  women and girls becoming b’not mitzvah in a wide range of colors and  designs.

While this reflects the greater  acceptance of women in synagogue life, the stimulus to individually designed (and often hand painted silk prayer shawls) came largely from women rabbis and cantors who are  now widely recognized in the majority of American jewish
affiliations.  (i.e. those with Conservative, Reconstruction, Reform, Renewal and Independent ordination.)

It was also initiated and stimulated by the leaders of the Jewish Renewal  Movement (ALEPH) in the United States, particularly with the advent  of the “rainbow tallit” pioneered by Rabbi Zalman Schachter Shalomi in the 1960’s __which provided men with additional choices as
well.

Specific artists have had a significant role in this development, especially in the United States.  Including artist Shonna Husbands-Hankin of Eugene Oregon and Rabbi Rayzel Raphael of Philadelphia.
Spirit of the Earth is a Charitable Trust Federal  I.D  # 77-0427003 and Organization # 1789501 in the State of California
Proudly powered by Weebly
Non Profit Foundation I.D # 77-0427003